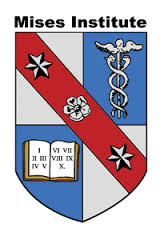 „We “Austrians” understand an interest rate as an expression of market participants’ time preference. The underlying assumption is that people are inclined to consume a certain product sooner rather than later. Hence, if savers restrict their current consumption and provide the resources for investment instead, they do so only on condition that they will be compensated by increased opportunities for consumption in the future. In free markets, the interest rate can be regarded as a measure of the compensation payment, where people are willing to trade present goods for future goods. Such an interest rate is commonly referred to as the “natural interest rate.” Consequently, the FOMC bureaucrats would ideally set as a goal a “normal interest rate” that equals the “natural” one.

This, however, remains unlikely.“